The film is brutal to say the least. The realistic approach to being lost at sea was something I liked and intrigued me. All is lost opens with a man’s last words and plea. “I’m sorry. I know that means little at this point, but I am. I tried. I think you would all agree that I tried. To be true, to be strong, to be kind, to love, to be right, but I wasn’t.” He declares, “All is lost.”

The story is about a man out to sea. He wakes up to his boat being punchcard by a shipping crate full of shoes. From this point nothing good happens to redford’s nameless shipman.
All is lost is a little tough at times but a good movie. There is very little spoken parts and no dialogue. Redford is the sole actor in the film. The movie reminded me a lot of a better gravity and at times of into the wild. The film is pg-13 but makes good use of it’s one use of explicit language. 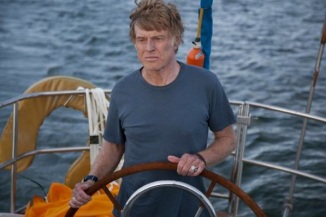 Over all All is lost is a 7/10 for me.
The ending is one of the better endings I have seen over the years. This saves the film for me. I think I can recommend this film, but only if you want to see something different in film.