These are the must see films coming out for the Fourth of July extended weekend! 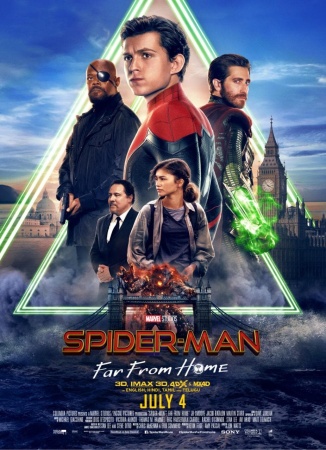 Marvel has it’s mega summer event happening right now. Secret wars is awesome. Like all good things, secret wars must end and it will end this fall with the all new Marvel titles. Marvel is boasting anywhere from 55-60 new titles. These pictures show off characters and stories.

Are you guys excited ? Pissed off ? I’m pumped but also a little weary of the changes. Only time will tell if this change will be like D.C’s New 52 or if this will be Marcel’s genesis into a new era of comics. 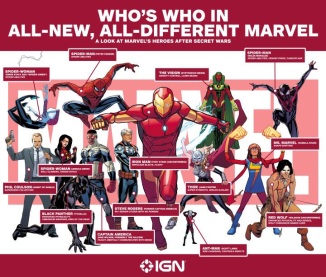 The long awaited sequel  to America’s biggest hero is finally out., I just watched Captain America The Winter Soldier and it rocks. It is nothing short of amazing and could be the best of the Marvel movies to date. 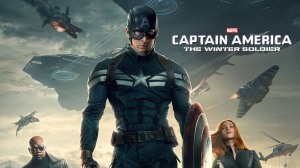 The Russo brothers achieved greatness and what some are calling the Terminator of comic book movies.How can any movie that shares the Terminators glory be bad.Chris Evans reprises his role as Captain America for the next installment of Marvel’s cinematic universe. Captain America is rough,tough, and about as bad ass as films come these days.

The film starts out with Cap.  and company including Black Widow fighting on a ship owned by S.H.I.E.L..D, and trying to get a usb drive filled with intelligence for Fury. A soldier who joins cap turns out to be a hero most know The Falcon!

A small villain of the Marvel universe, Batroc the Leaper, played by m.m.a superstar George ST. Pierre, is a pirate attempting the theft of the ship. Cap. and Batroc have a sweet fight full of mixed martial arts moves that really shows off GSP’s skill sets as a fighter. 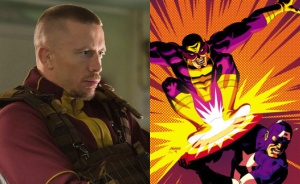 We are introduced to project Insight by Fury and told that helicarriers can pinpoint and target people and kill on command. Fury is on his way to the rendezvous with Maria Hill when he is almost killed by police. This is where the film turns dark.

Captain can trust no one. he is almost killed himself by the swat team when he learns the real bad guy is HYDRA using the Winter Soldier as a guise behind their evil plot.

Cap has a whole crew of friends and alleys including Black Window, played by Scarlet Johannson, The Falcon, Nick Fury, and Maria Hill.

The Winter Soldier is so awesome. he is like the Terminator, Bane, and Khan all rolled up into one bad ass Russian killing machine. He is ruthless and will stop at nothing to kill Cap.

The overall tone of Winter soldier is dark and brutal. he reminds me most of Bane.

The overall tone of the film was so great. The dark and war filled theme of Cap 2 really keeps you on edge.

The characters are what we all watch these movies for. I loved Winter Soldier. he was so great.

Over all I give Captain America The Winter Soldier a 9/10. One of the best Marvel movies out.