The latest DCEU or whatever Warner Bros. is calling the extended universe of the comic properties, is Aquaman from Horror OG James Wan.

The film is an origin for Jason Mamoa’s Aquaman first seen in Justice League and who was also my favorite part of that film. The film centers on Arthur Curry a.k.a Aquaman and his quest to become the rightful king of Atlantis and save the surface of Earth’s humans from Wilson’s Ocean Master’s mar plot to take down the humans.

Mamoa does a solid job In the title role, while others were just average with the exception of Patrick Wilson as Ocean Master and Aquaman’s half brother and king of Atlantis! Wilson was the bright spot for me as the antagonist for Mamoa’s Arthur Curry.

James Wan has set up one of the most entertaining and fun DCEU films and future franchise. It’s funny, action packed, and has some incredible cgi. The trench and underwater battles looked phenomenal and had a touch of Sean’s signature horror aesthetic.

The third act falls apart a bit for me with the, now formulaic third act fight scene. 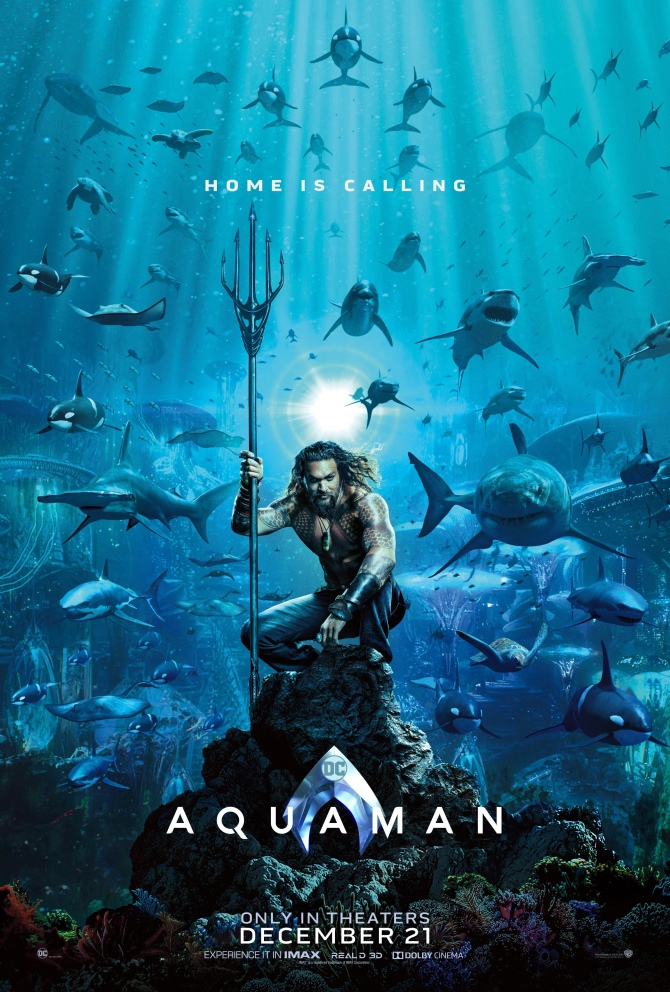