The Birth of a Nation was as powerful as it was a great film. Writer, director, producer, and actor Nate Parker has made the best film of the year and I encourage all fans of film or great story telling to go see the film in cinemas. At times the movie reminds me of a Terrence Malick film with the beauty of the hairs and imagery. It will be a shame if Nate Parker does not receive some recognition at this year’s Oscars for multiple roles durring the production of this fine film. 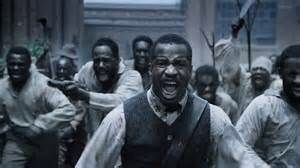